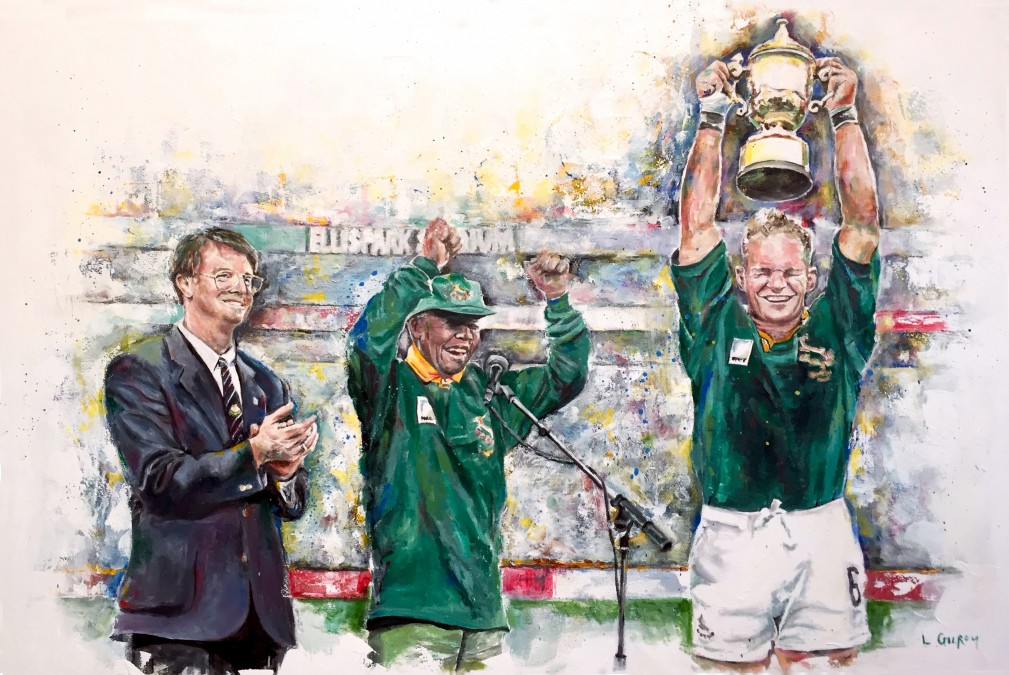 It’s been a very busy few months and the next couple of months are just going to get busier eek! A couple of months ago I was deeply honoured to be commissioned by World Rugby to paint one of the most iconic moments in sport. President Nelson Mandela presented the Webb Ellis Cup in the 1995 Rugby World Cup final to Francois Pienaar, whilst wearing the springbok jersey, this was a symbol of unity which helped heal the racial division in the nation.

The painting has been given as a token of appreciation from World Rugby to Bernard Lapasset (left hand-side of the painting) who stepped down as chairman of World Rugby in May.

I will be painting another version of this iconic moment for my debut solo exhibition at The Lewis Gallery in September.

This site uses Akismet to reduce spam. Learn how your comment data is processed.